Typical Example of a Misuse of a Consulting Firms Ranking

In this short article, I will illustrate a typical example of misuse of a ranking of consulting firms. The level of details given by the Vault rankings may drown some candidates in their analysis. Still, such a ranking is a useful tool for a candidate. 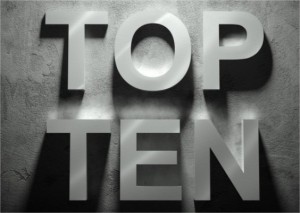 It allows us, for example, to clear the ground for a first view of the leaders of the sector, which frame a recruitment process. On the other hand, a ranking cannot in any way replace a personal work that consists in making the effort to project oneself in the profession of a consultant.

The phase dedicated to selecting a panel of consulting firms to target is so critical, that I decided to devote an entire module in the Consulting Case Revolution training to this topic. Initially, I did not discuss this aspect, as I considered it clear and without specific issues for the candidates. However, following my exchanges with hundreds of students and executives targeting a consulting job offer, this phase of the process appeared to require a professional organization and strategy, i.e., not just relying on intuition. Early in the process, it can be tempting to build one’s panel based mainly on the ranking of the firms.

Basically, the common process consists in selecting a number of firms to target, usually between 5 and 10, choosing the highest in ranking, and to send the CV and cover letters to HR services of the companies. Let’s say it clearly: this process doesn’t work well at all for many reasons.

After successfully completing your interviews, you will receive multiple offers, at least this is what I hope for all of you! The question is how to choose between these different consulting firm offers. The French candidates who went through the “Classes Préparatoires” — which is an elitist system in France to select students just after high school — should endeavor not to repeat the most common process to select a great higher institution, called Grande Ecole. France has such an elitist culture that rankings of great Grande Ecoles are paramount to choose one’s institution. For example, a passionate student of chemistry will probably choose a great Grande Ecole, generalist, well ranked, rather than a Grande Ecole of chemistry a little below in the rankings.

This is not the method to use o with the consulting firms. The fact that consulting firm X is ranked 16th in Vault does not justify itself to chose it rather than consulting firm Y that is ranked 18th. Of course, the ranking must be taken into account, but only in a broader context. You need to build your methodology of assessment of the offers you receive with a weighting system, which incorporates both the reputation and the ranking, the network, portfolio of customers, etc. Other considerations to keep in mind include your fit within the culture of the firm, human resources policies, travel requirements, etc. There is nothing shocking to choose a firm less prestigious than another, provided you have a rational justification for this decision.

Other Resources On Consulting Firms Ranking