How to Use the Case in Point Intelligently in Your Preparation

When I see some sites that claim to prepare candidates for management consulting and strategy to offer, as a preparation strategy, to work only with the Case in Point … I am exasperated. 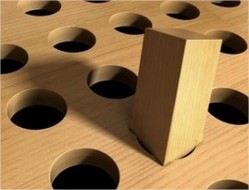 For I have explained how the return of hundreds of candidates each year, as I used to argue, that this strategy is unwinnable. It’s an easy way to identify fake reviews on Amazon! I spotted a supposedly unregistered Amazon reader who claimed that the book Case in Point was his only tool to join McKinsey. In 1999, yes, in 2016 and after: no! It is almost impossible.

When I gave a conference in a given Business School, one of the students had focused his preparation on the Case in Point. This candidate, according to him, had the chance to have a more seasoned than average memory, which enabled him to memorize more easily the frameworks of Mr. Cosentino’s book. He managed to pass the first round at Roland Berger relying solely on the Ivy Case system developed in the book. But in the second round, the case on which he fell required him at the same time to use three frameworks from the Case in Point. Given his memory, he managed to reconstitute an analysis plan that was acceptable but … he was not invited to the next round.

Can you think why?

I’ll give you the answer: a consulting case study is an extremely short-term excercise in which every minute counts to score points and to stand out from the hundreds of other candidates. If you spend even just five minutes to reconstitute by hand some analysis structure, while other candidates are doing it just as well within only two minutes, you will not pass to the next round. Well, that’s simple, right? Obviously, some interviews will require you to not only perform “faster” than others, but also “better” to truly differentiate from other candidates. Here again it is very complicated with the Case in Point.

But Why Do I Recommend Buying This Book?

Other Resources On Case In Point