After five years in this firm, you can imagine that my perspective on the Boston Consulting Group cannot, and should not, be the one of an external commentator. Nevertheless, here I give you a review that is neutral with respect to the key issue for you as a candidate: is this consulting firm the best for me? 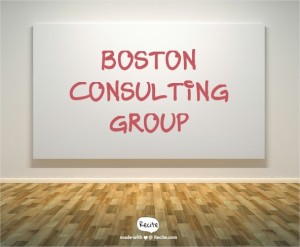 A look at the BCG site in London is always useful, as well as on the global website of the company.

To connect with the state of mind of this firm and better understand its culture, I recommend you to have a look at the videos that present the experience of the BCG consultant by BCG itself. This type of content is useful at two levels for a candidate: first, it could inspire you. Second, you can notice how the firm is defined in the words of one of its employees. Take some notes and incorporate them in your personal statement during your fit interview.

Since its inception, BCG has played the leading role in strategy consulting.

Obviously, the number one consulting firm remains McKinsey worldwide, both in terms of number of consultants, turnover, prestige, and global impact. For its part, BCG has played a subtle role, including that of innovator, attendant of the change, and was able to distinguish itself from its eternal rival by an approach focusing on creativity. It’s a bit of icing on the cake during job interviews:

Why BCG? – Because creativity – what else?

We will see that this argument is acceptable during an interview, as it is a real and strong characteristic of the Boston Consulting Group. But from here, to say that it is sufficient to limit yourself to such speech…clearly not!

Let’s go back to the very beginning of the history of this iconic firm. It all began with its founder Bruce Henderson who, after leaving Harvard, truly shook the corporate world. BCG provided a number of specimens at the museum of strategy consulting. One of the most famous models to be passed to prosperity is the BCG matrix. 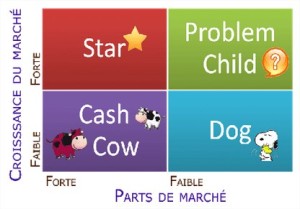 This tool, published for the first time in 1968, was a worldwide success. It is a way to analyze activities of a given company to arbitrate budget allocations for each activity. The added value of this tool lies in its simplicity and its perspective resolutely breaking with conventional analyses. Thus, it will categorize the activities of the company according to quite original names such as the star, the cash cow, the dog, and the question mark!

In the training Consulting Case Revolution, I explain in detail how to use this type of fundamental tool in a case study. I recommend you look into the matter, because improper use of conventional frameworks of strategy, which is part the BCG matrix, is simply eliminatory in the recruiting process of consulting.

Mirroring the knowledge base of its rival McKinsey and its McKinsey Quarterly, BCG publishes BCG Perspectives. It is a mine of information on almost all sectors and all functions within a company. 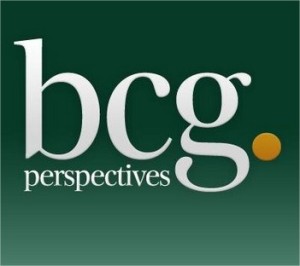 As part of your preparation, BCG Perspectives can be seen as a good way to understand the spirit and culture of BCG. However, unlike what some fellow coaches recommend to their students, I advise you not to spend too much time on it.

When the time is counted in a process of preparing your consulting interviews, it is better to point to readings on specific topics rather than review the knowledge base of BCG for 20 years!

In real life – i.e., outside consulting interviews –  an excellent practice is to review this knowledge base to start a project. Spending an hour on the BCG Perspectives will allow you to read one or two background articles that will provide you the fundamentals for understanding the dynamics of a new market, a new business model, and to understand quickly the standards, challenges, and innovations of a given industry.

The quality of the analyses testifies to the excellence of this consulting firm. Obviously, BCG is in the top three of the most prestigious strategy consulting firms, and especially don’t stop or even question it when you see bizarre ratings that rank it in 21st position!

What a Candidate Should Know About The Boston Consulting Group

END_OF_DOCUMENT_TOKEN_TO_BE_REPLACED

Boston Consulting Group Careers Paths for graduates who have no MBA start as Associates; they work with the firm for two to three years before starting their Master. It is very difficult to become a consultant without an MBA in the United States. In France, the young graduates of top target institutions may well evolve into a consulting position without ...

END_OF_DOCUMENT_TOKEN_TO_BE_REPLACED

The Network and the Culture of The Boston Consulting Group

The situation is very similar to that of McKinsey. All opportunities are open to future ex-BCG consultants. The alumni network is very powerful, dynamic, and covers virtually all industries and functions in most developed countries.   Life After The Boston Consulting Group   In addition, the support process at the exit of the consultants is extremely well formalized, offering active support ...